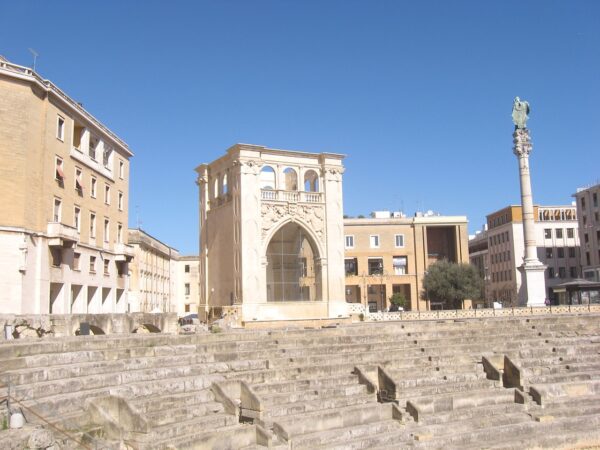 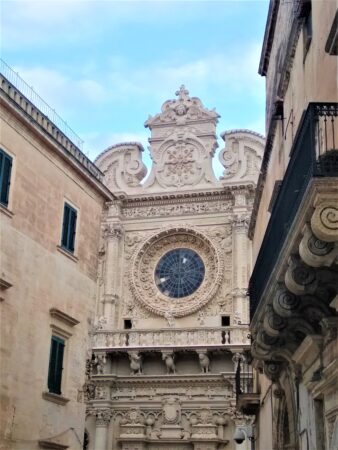 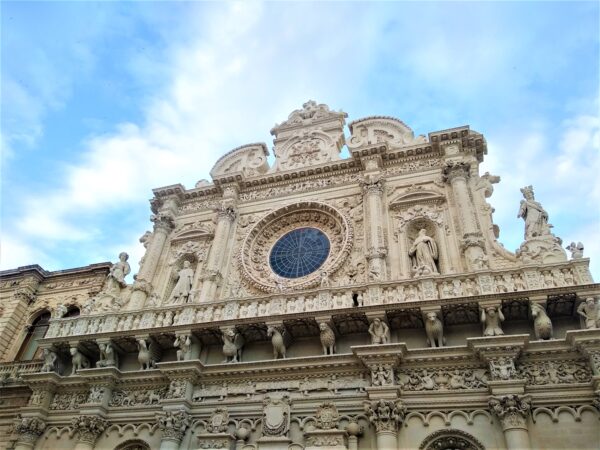 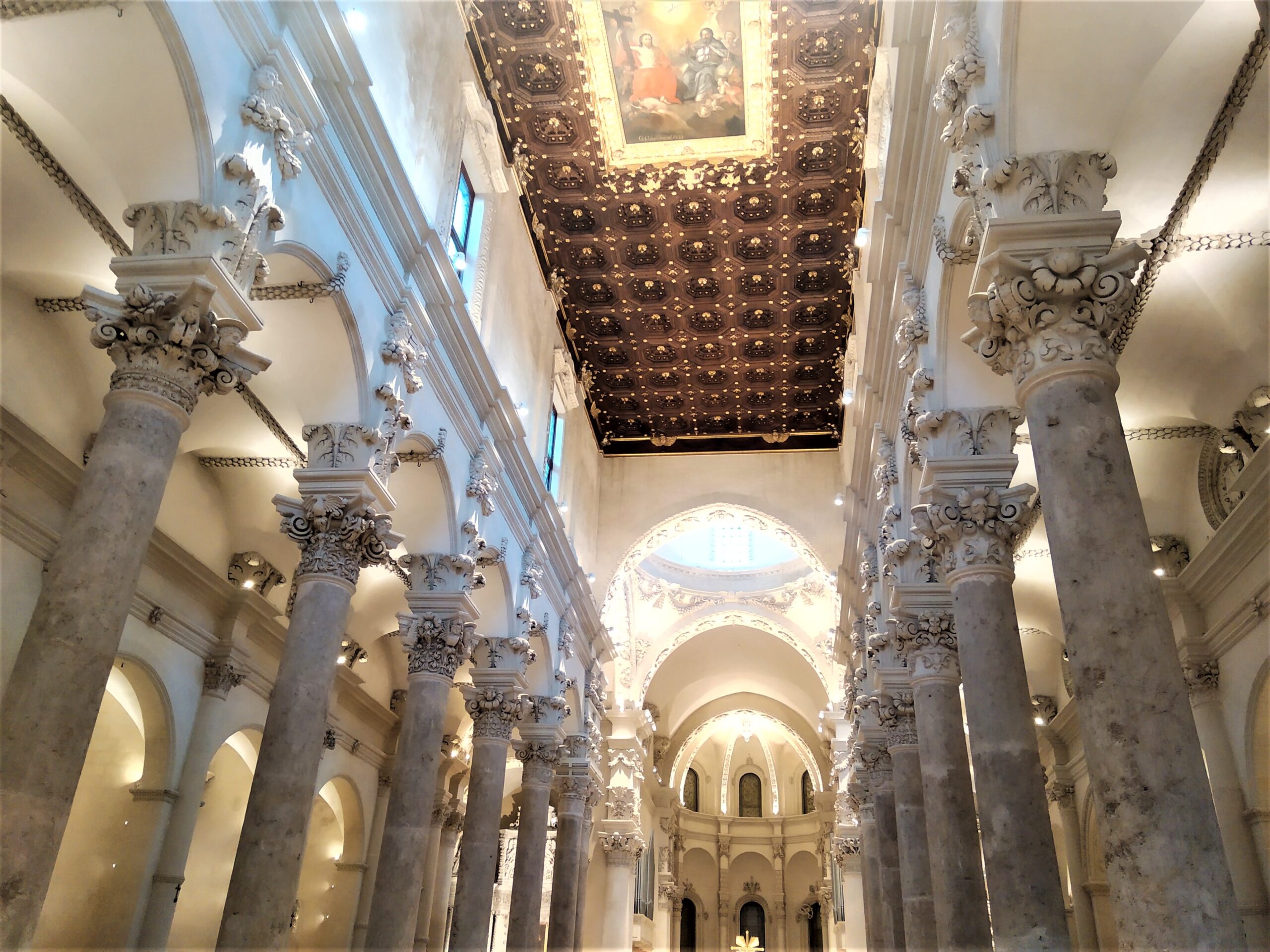 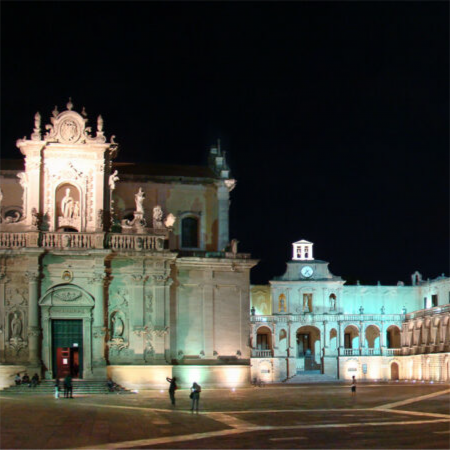 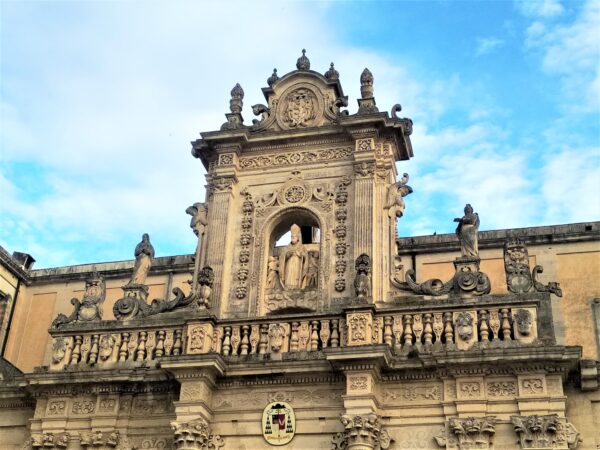 The capital city of Italy’s most eastern province, the city of the Mediterranean art, half-way between the Ionian and Adriatic seas. The whiteness of the Lecce stone (a particular kind of limestone) gives the city different colours and appearance according to the time of day. It is often used to build palaces, churches and monuments, which with their stone curls, garlands, spiral columns, arches and decorations, stand out proudly in the blue of the southern sky.

No reviews yet
Leave a Reply Cancel reply
Book Now